I mentioned before that it was between 4-6 degrees (c) while we were in Chicago...the wind definitely made it colder...and the day that I did most of my sight seeing and photography was the day that I was also walking around in flurries of snow...nothing much but definitely enough to make me contemplate praying for some big blizzard so I could get lots of snow pictures...but then I thought of my kids back home and how if there was a blizzard our flight home would be delayed...and...um...yeah...anyway I LOVE the Autumn foliage in Chicago - it reminded me of The Avenues in Salt Lake... it was sooo beautiful! 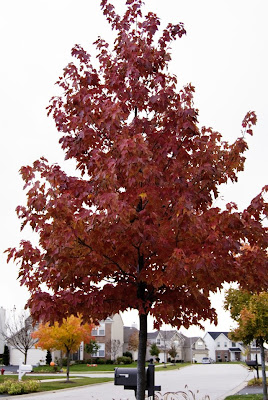 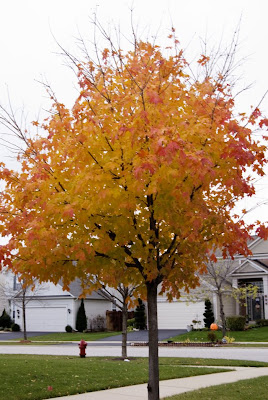 The husband worked while we were in Chicago - so I went sight seeing by myself...after having CROWDS of people to battle with in Paris, Cairo, Rome & New York...Chicago was HEAVEN!!! It was so freezing that no sane person was really out & about...I loved it! I had Navy Pier practically to myself! 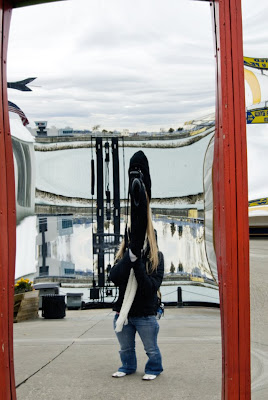 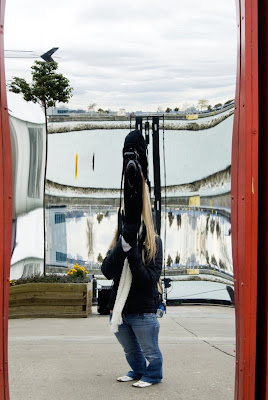 I was wishing The husband and the kids were here for these mirrors...ooohh the photos I could have gotten with them :) instead I had to settle for photos of myself which since I also had to TAKE the photos were quite limiting! haa 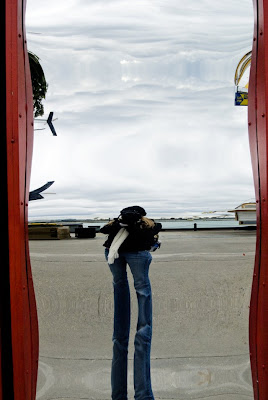 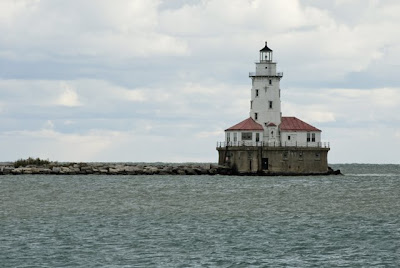 So I walked down Michigan Avenue...it's a really picturesque street...although you wouldn't know that because I FORGOT to take a photo of it!...but got a photo of the sign :) I was too busy looking for the Pottery Barn that was no longer there...hmmm...I settled for Crate & Barrel! 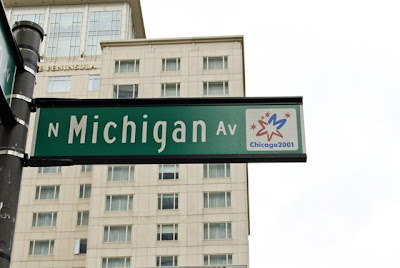 And these are three of my favourites from Chicago.... 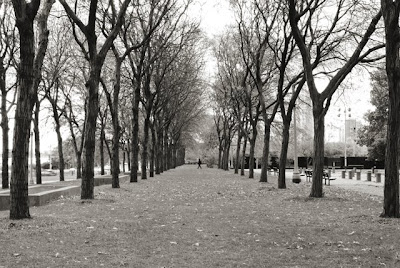 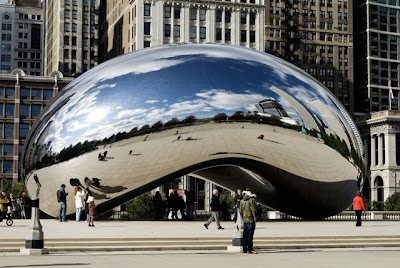 Untitled Sculpture by Anish Kapoor (I think he's British) in Millenium Park- I have to admit this was pretty cool...The Husband would have loved seeing this...I now wish I'd taken a photo from the underneath too. 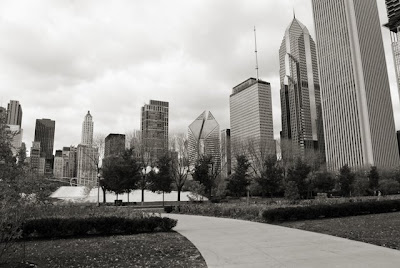 And this was my favourite city skyline shot...I didn't go up Sears Tower - figured I'd leave that for next time.

So there's Chicago for you - Love, Love, Loved it! Definitely want to go back.
Posted by Sals at 18:47

i like that big silver blob thing. i wonder how much the taxpayers had to shell for that. :)

I am so glad you are back and thanks for sticking up pictures.
Now I will wait for New York.....