We only had 2 days in New York...we knew that it was not long enough to see EVERYTHING...but we figured we'd still be able to see a few things and get some great pictures...um yeah...we arrived in New York late at night...early the next morning we called the kids to see how they were doing...my sister-in-law told us that our bank had been trying to get in touch with us concerning 'suspicious' activity on our account...we got on line to see what they were talking about...and our bank account had been CLEANED OUT!!! Sooooooo our first day in New York was somewhat stressful - we basically spent the day going between our hotel, calling our bank back home, calling NSW Police to file a report (which they wouldn't do over the phone), going to the Australian Embassy to get a statutory of declaration signed and stamped...etc it was ANNOYING to say the least...then we went to broadway that night to de-stress...the bank insured us and replaced our little stash of cash...so the next day was much more pleasant...BUT because of this we really only had ONE day in New York...has anyone EVER tried to see NY in one day??? We did our best and to tell the truth as I look back I'm pretty surprised at how much we ended up seeing BUT I was a little sad about the opportunities lost for some great photos...we basically had to see what we could when we could regardless of whether the time of day was going to make for a crappy photo!

We went to Broadway both nights we were there....there were soo many shows to choose from...I wish I could have stayed for a week! The first night we went to see Mary Poppins, and the second, The little Mermaid. They were both great but Mary Poppins was definitely my favourite! 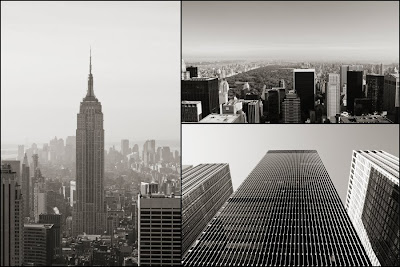 We went up the Rockefellar building...didn't get to go up for my sunrise/sunset :( but it was still great... 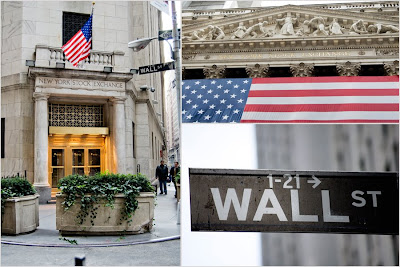 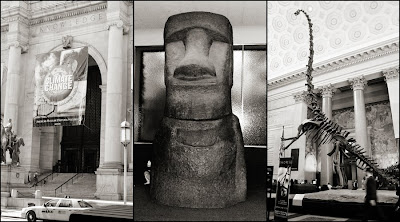 So I had to take some photos at the Natural History Museum for Jake...he was so excited that we went to the 'night at the museum'!! :) 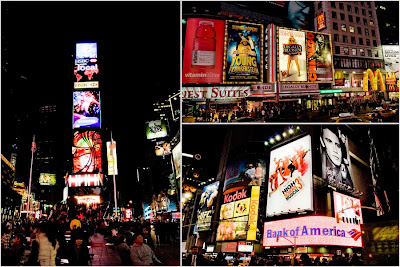 Time Square - the atmosphere was great and this is the heart of broadway! But I have to admit...after fighting tour groups and crowds nearly ever place we had visited I was REALLY getting sick of battling the crowds! 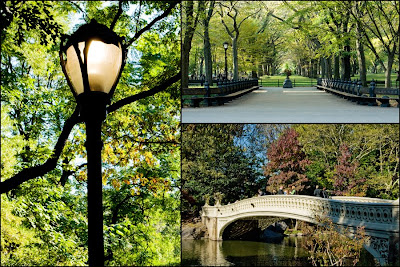 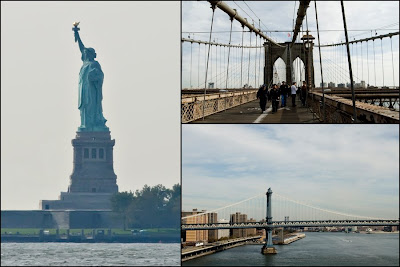 This was the only shot we got of the Statue of Liberty...we didn't go over to the island simply because there was an hour and a half wait for the ferry...it was ridiculous and we figured there was still plenty of stuff we wanted to see. The top right is Brooklyn Bridge...and the bottom left is Manhatten Bridge (taken from the Brooklyn Bridge).

So like I said...we did pretty darn good for only seeing ALL this in one day!
Posted by Sals at 18:57

lovely pics!!ny must be wonderful

wow, that really sucks about your bank account. i'm glad things worked out for you and everything.
those are some cool photos, too.
can't believe you turned down high school musical 3 for mary poppins and the little mermaid. (sarcasm here, globs of it.)

I think the reason you were able to see so much in a day is because you weren't toting kids along. I've been twice and haven't accomplished much either time. Mostly they want to hang around Times Square, or that general area.

An hour and a half wait for the ferry? We're planning on going back in the Spring. Hopefully there won't be such a long wait.

I've enjoyed the pictures from all your trips!